Behind the scenes at the pub, club, bar, venue, cafe or retail outlet

This is what eJukebox looks like installed at the venue. eJukebox is totally zero touch, they are nested away in the backend never to be seen by anyone. eJukebox is cloud connected, fully managed with realtime automatic updates to music.

Below is an actual eJukebox installation at one of our larger customers, two jukebox systems (one for each zone). Maybe small, but these little devices are state of the art running the latest Windows 10 OS. As for the reliability aspect, these little Intel compute sticks have been installed since 2018 and haven’t had any issues at all. Reliability is due the solid state nature of the device with an Intel chipset. Less moving parts means less can go wrong and maintenance is reduced to virtually nothing. The hard drive is solid state, there’s a local solid state cache and with cloud connectivity. As these systems are zero touch, they update by themselves from the cloud.

If the internet drops out, no problems, customers notice nothing as eJukebox devices carry a backup music library and can keep playing for an infinite period of time until which time the internet comes back up again.

The best part about eJukebox devices, they are massively cost effective and significantly cheaper to run and to sign up to. With a much lower foot print, centrally managed and automated, we pass these savings on to you. 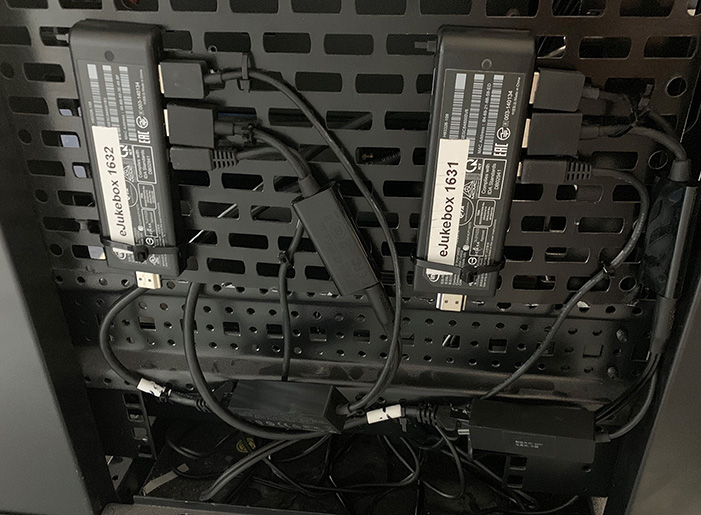